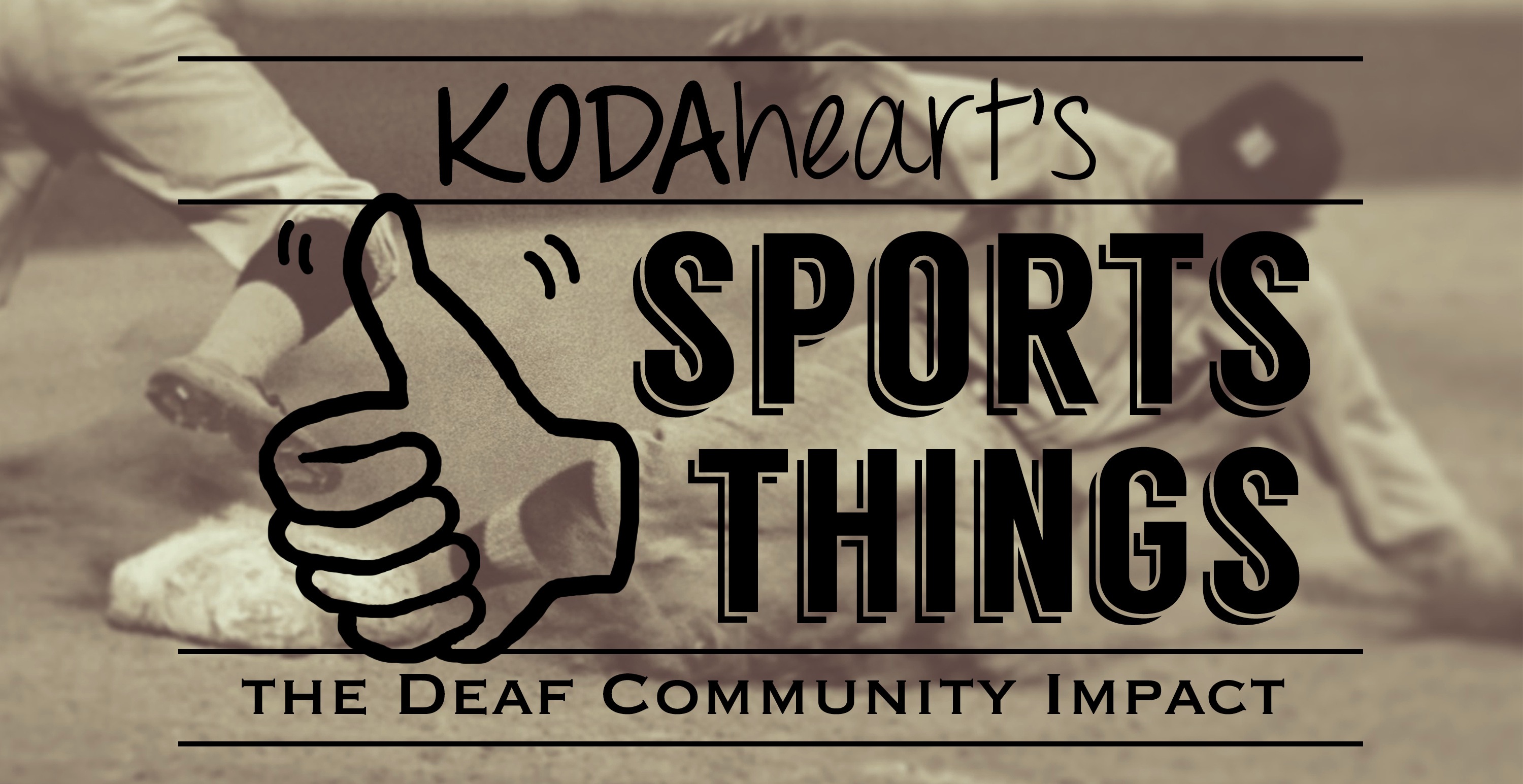 1. Have you seen football players group together before the snap? We can thank Paul Hubbard and the Gallaudet University football team for developing the huddle to call the next play. Learn more in Jack Gannon’s Deaf Heritage, pg. 272.

2. Beginning in 1924, the Deaflympics is the “second oldest international multi-sport event in the world “(the Olympic games were begun only 24 years earlier in 1896). It is one of the only three organizations sanctioned to use the ‘Olympic’ name. Read more in this Report by the International Committee of Sports for the Deaf.

3. Deaf major league baseball player Luther “Dummy” Taylor once wore galoshes onto the field in protest of continued play in the pouring rain. The game between the Giants and the Cubs on June 16 1908, was forfeited. Read this story in Gannon’s Deaf Heritage pg. 294.

4. In the 1880s a bicycle craze took over most of the United States and Deaf people were eager participants, initiating bicycling clubs in many major cities. Today the US Deaf Cycling Association continues to promote events and activities for deaf cyclists.

5. During WWI, Deaf people played on amateur and semi-pro sports teams in the midwest. The Goodyear Silents, for instance, barnstormed throughout Ohio and nearby states with Deaf players drawn from workers at the Goodyear rubber plants. To learn more, check out Signs of Resistance by Susan Burch.

6. Sporting events encouraged competitive rivalry between residential Deaf schools throughout the nineteenth and twentieth centuries- but the interaction and exchange between students also created a vital connection between Deaf people across wide distances, contributing to a shared, national American Sign Language. To learn more, see Lane, Hoffmeister and Bahan, A Journey to the Deaf World, pg 131.

7. Terence Parkin, a Deaf swimmer competed in the 2000 Olympics held in Sydney and beat the competition walking away with the silver medal for the 200 meter breaststroke! Read more about this Zimbabwe born medalist and his other sporting accomplishments in an interview with ICSD here!

8. An umpire’s use of visual cues has been attributed to the Deaf community. It is believed that the hand signals that denote a strike, ball, safe, and out were incorporated for William “Dummy” Hoy, the one of the deaf major league baseball players. Read about this in Gannon’s Deaf Heritage pg 272 and David Stewart’s Deaf Sport.

9. Codas have frequently played for their local Deaf sports teams. Though organizations like the American Athletic Association of the Deaf (AAAD) limit their participation, Codas frequently join family and community members on the court or field. To learn more, see Carol Padden and Tom Humphries in Deaf in America pg. 49.

10. Known as the ‘Deaf Daredevil,’ Kitty O’Neil set the 1970 World Record for fastest woman water skier at 104.85mph! She was well-known in Hollywood as a professional stunt woman on several tv shows. See more of her accomplishments at the Guinness World Records, or Gannon pg. 297-198.

For more information about the role of sports in the Deaf community, see Deaf Sport by David Stewart.

[3] The Blind Deaf by William Wade