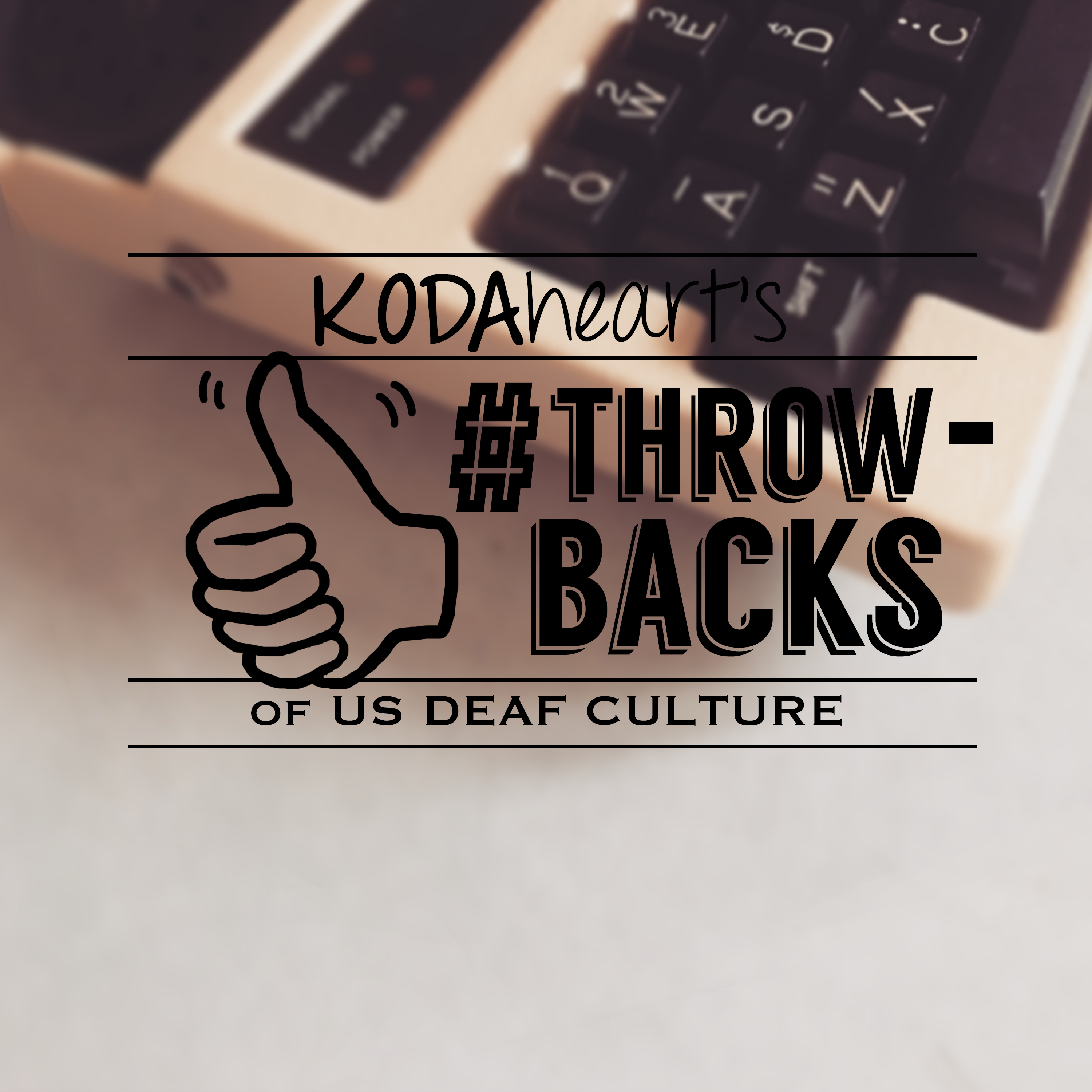 In the past few decades significant technological and social changes have altered the cultural landscape of the deaf community. Even as video-chatting, vlogging, and VRI have changed the ways in which we connect and communicate, community members still connect over a shared nostalgia for the objects of our (recent) past.

1.Green monster – Affectionately known as the “Green Monster,” the first teletypewriter (TTY) was created in 1964 by Robert Weibrecht, a deaf scientist, and James Marsters, a deaf orthodontist. Working with discarded Western Union machines, Weibrecht and Marsters developed an acoustic coupler that enabled instantaneous text communication using telephone lines. Take a look at this link from Gallaudet University’s “History Through Deaf Eyes” online exhibit to learn more about the history of this important piece of technology. Learn more about the development of telecommunications access (and the creativity of deaf community members in developing strategies and technologies during the late twentieth century) in A Phone of Our Own: The Deaf Insurrection Against Ma Bell.

2. TTY Lingo- Today, many of us are familiar with shorthand and abbreviations; “LOL,” “#TBT” and “SMH” are ubiquitous in texts and on social media. For members of the deaf community, the widespread use of TTYs in the late-twentieth century led to the development of another unique text-based system. These early devices were cumbersome machines. Callers watched messages appear, letter-by-letter, on a small screen or printed page. At the same time, phone companies charged by the minute, often at long distance phone rates, making long conversations expensive. Terms like “HD,” “PLM,” “TY,” “GA,” and “SK”  were necessary for keeping conversations brief and for communicating turn-taking and other conversational features. Although TTYs are not commonly used today, you may see community members utilize these throwback phrases – learn more about them in this summary of TTY Phone Etiquette.

3.ASL Dictionaries- Today, videos, gifs, and images are used to explain and describe signed languages. In recent years there has been an outpouring of new descriptive dictionaries, videos, and apps, such as “The ASL App” featuring Nyle DiMarco, or Lifeprint’s ASL fingerspelling website, designed to teach and preserve signed languages. However, many deaf community members remember the print textbooks, dictionaries, and ABC cards that filled our homes. These texts were usually thick and unwieldy, full of line-drawings and English-to-ASL translations. The earliest sign language dictionaries included long descriptions of signs, drawings, or photographs, like those developed by J. Schuyler Long in 1909 in The Sign Language: A Manual of Signs. 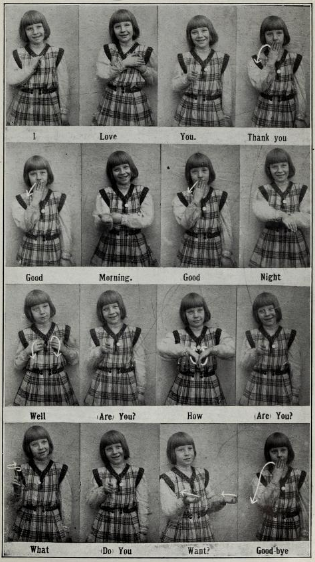 4.Closed Captioning Boxes- In the past, an external real time captioning box provided access to live news, sports, and other programs. These boxes, which got smaller over time, were kept on or near TVs in most deaf people’s homes. In 1990, the passage of the Television Decoder Circuitry Act in 1990 required all new TVs 13 inches or larger to include captioning technology and eliminated the need for an external appliance. Even with new technology in place, the community still had to fight to get networks to provide close captioning text. After several years of pushing, CBS was the last network to comply and grant access. Today, gaps in access still exist; in 2010 NAD took legal action against Netflix to address lack of access on live streaming media, pressuring other online platforms like Hulu and HBO Go to follow. However the fight for access continues as widely used sites like YouTube and Facebook continue to lack requirements for captions on all videos. In just a few easy steps do your part to ensure the videos you create and share are accessible to everyone! 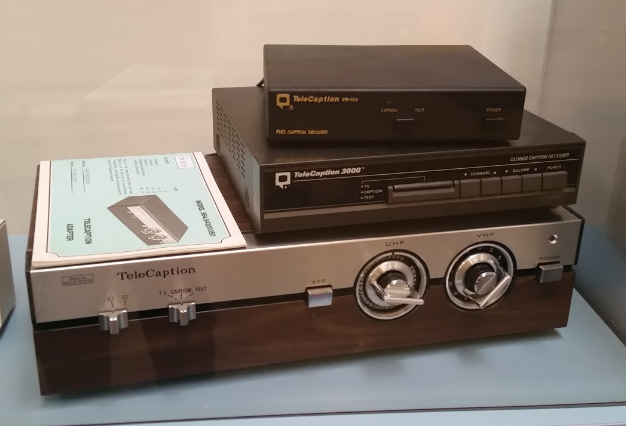 5. Storytelling- In cities all over the world, Deaf Clubs have served as a central social hub for the deaf community. From holiday parties to athletic events, clubs historically have provided a place for members to gather and connect with members of their cultural and linguistic community. A common feature of these gatherings is ASL Storytelling. Tom Holcomb writes, “ASL Storytelling is an important part of Deaf culture. The stories told and retold by Deaf people create a bond, as the experiences related are often shared by all, thus making these stories even more entertaining.” (Introduction to American Deaf Culture, 156) In recent years, attendance at Deaf Clubs has declined. Some argue that this is a result of technological advances; video phones, internet, and access to mainstream media (Holcomb, 101). Others have suggested that attendance has shifted into online spaces, opening up the community space, and storytelling performances, to wider audiences (Nomeland and Nomeland, The Deaf Community in America, pg 188).

6. Card Games- Whether your community named it “CINGO” (Cedar Rapids, Iowa), “TINGO” (Austin, Texas), or something else, this cards-based version of BINGO was the game that every Deaf Club made their own! Depending on where you lived, the name of the game reflected a collective identity and hometown pride. The game was played by forming groups of four. Each group of four split a card deck between them. At the front of the room, often on a stage or platform, a “caller” held a master deck, revealing one card at a time until a player stood and indicated that all their cards had been selected by declaring, “CINGO!” The game was often played in three rounds, with winners claiming cash prizes. Many of us have fond memories of crossing our fingers and hoping to win! 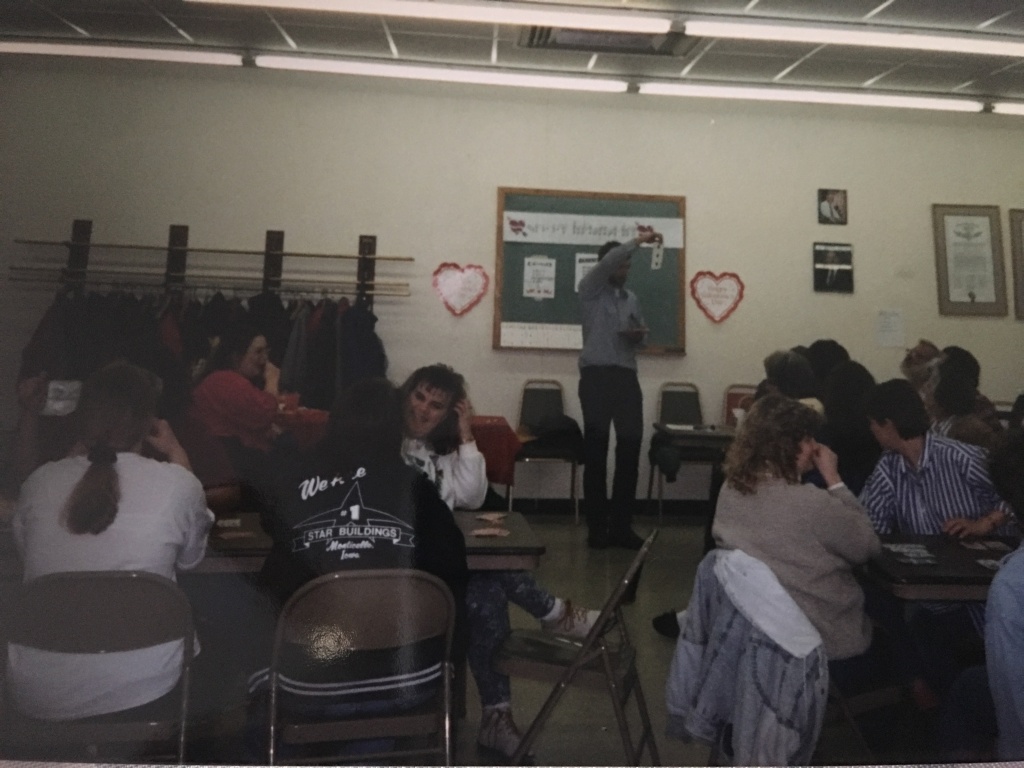 7. Door notes- Before the advent of video technology and high speed internet, deaf people faced greater difficulty in connecting with friends and other sign-language users. Face-to-face communication was preferred, but arranging to meet with friends required a good deal of patience, careful scheduling and luck. Many of us can remember hopping in the car for a drive over to a friend’s house, in the hope that we might catch them at home. Or finding hastily written notes under windshield wipers and tucked under doormats. In fact, surprise visits were often very common- which meant the house needed to be kept tidy for guests! Source 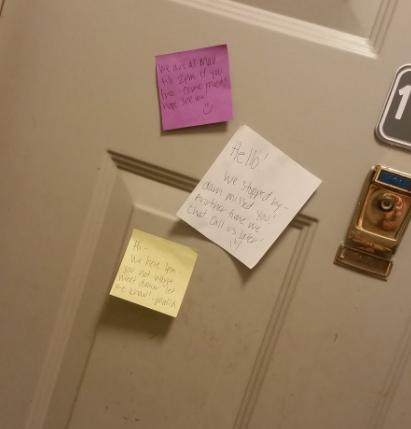 8. WyndTell pagers/Sidekicks- Did you know certain pagers were designed specifically to be a communication tool used by deaf people? In 1995 a number of new mobile devices changed the way community members kept in touch. Although the devices were limited to sending two-way messages, the built in keyboard and screen allowed for instantaneous messaging and the ease of portability allowed the deaf community to communicate more rapidly than ever before. The popularity of these pagers proved to be short-lived, and when the flip-screen T-Mobile Sidekick hit the market, with additional capabilities, Wyndtell and Motorola pagers quickly disappeared as new technologically advanced gadgets took their place. Source 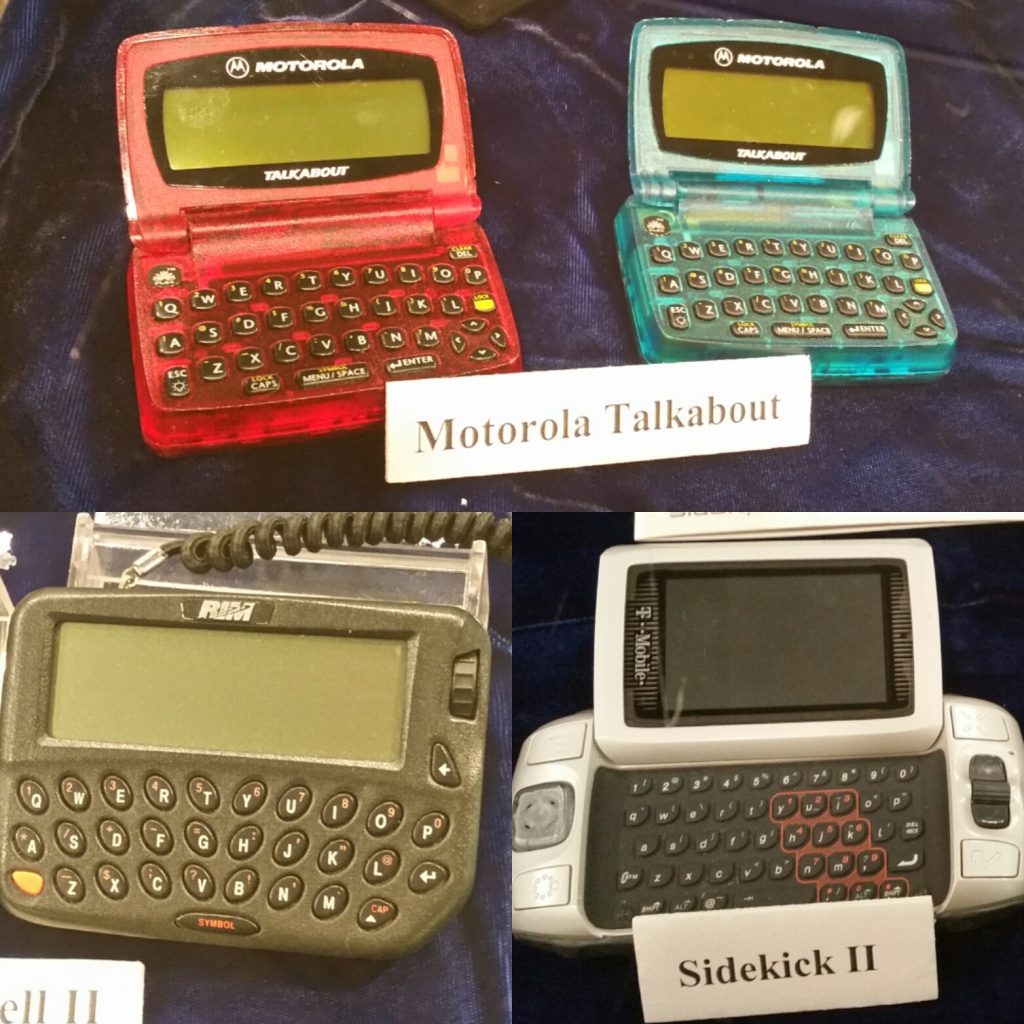 9. SEE Story books- Before the advent of Storytelling DVDs and Youtube Channels, Signed English storybooks were popular in the homes of deaf-koda families. In the 1960s and 1970s, a number of educators and researchers developed Sign Communication Systems in an effort to aid deaf children in the acquisition of English. Following David Anthony, a deaf teacher who developed Seeing Essential English (SEE I), and Gerilee Gustason, a deaf teacher who developed Signing Exact English (SEE II), Harry Bornstein, a hearing professor at Gallaudet University, developed Signed English. The Gallaudet Signed English Project produced a number of children’s books were published during this period (Nomeland and Nomeland, The Deaf Community in America, 121-123). These storybooks combined printed English and line-drawings of Signed English, with creative lessons and stories for children in an effort to bridge the grammatical differences between sign communication and English. In Deaf-koda homes, the children’s books were a common fixture for parents seeking to encourage reading and signing with their own children. 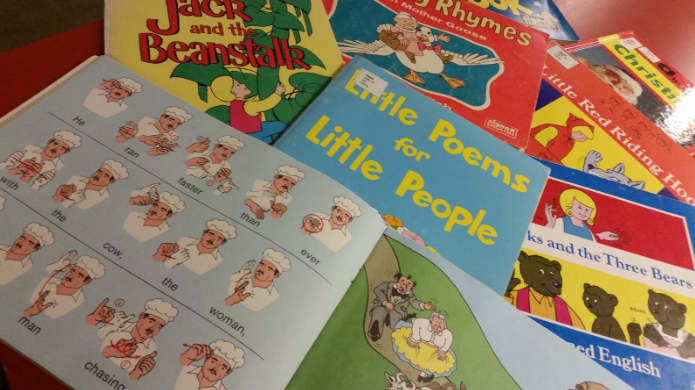 10. Off-Hand/ Deaf Mosaic (news media)- In the 1980’s, before online news sources like the Daily Moth, there were a number of local and regional deaf-focused news sources. Herb Larson, for instance, had the reputation as the “Johnny Carson of the Deaf” as a result of his turn as host of Off-Hand, a California-based show. The weekly program acknowledged that shows like “The Tonight Show” were not accessible to deaf audiences, and between 1981-1989, the talk show featured guest interviews interpreted by co-host and coda Lou Fant. In the DC-area, Deaf Mosaic, an emmy-winning series filmed at Gallaudet University, was the first to broadcast news in American Sign Language. Hosts Gil Eastman and Mary Lou Novtski provided important insights on national and deaf community events and culture. Episodes of Deaf Mosaic can be found online at the Gallaudet University Video Library. Check out an episode here.

These objects serve as a reminder of the creative transformations enacted by members of the deaf community; developing new technologies, creating unique forms of expression, and advancing new ways of sharing information. Celebrate your own deaf community throwbacks, share them with us at oneKODAheart@gmail.com!